A spoonful of peppermint makes dinner go down

Imagine that while eating a delicious meal at your favorite restaurant, your joy is cut short because of difficulty swallowing your food, followed by chest pain.

If you go see a doctor about these symptoms, and there is no evidence of a cardiac cause of the chest pain, you could be diagnosed as having some sort of disorder of the esophagus.

Peppermint can help with the difficulty swallowing and non-cardiac chest pain experienced by some patients with disorders of the esophagus, report investigators at the Medical University of South Carolina (MUSC) in Digestive Diseases & Sciences. Of the 38 patients enrolled in the MUSC pilot study, 63 percent overall reported improvement of symptoms. Patients were recruited from the Esophageal Disorders Clinic at the MUSC Health Digestive Disease Center.

“Peppermint oil is an established agent in the treatment of irritable bowel syndrome.  We tried to examine its effect on patients with swallowing and chest pain issues with no apparent cause,” says Mohamed Khalaf, M.D., an esophageal disorders research fellow at the MUSC Health Digestive Disease Center and first author on the article.

“Our findings suggest that peppermint may help prevent these symptoms by relaxing the smooth muscle in the lower esophagus,” says Donald O. Castell, M.D., a professor emeritus in the MUSC College of Medicine, a nationally recognized gastroenterologist, and senior author on the article.

“Our findings suggest that peppermint may help prevent these symptoms by relaxing the smooth muscle in the lower esophagus.”-- Dr. Donald Castell

Peppermint oil has been known to have therapeutic effects in multiple disorders due to its muscle-relaxing properties. However, only two previous studies have investigated its role in the upper digestive tract.

The MUSC study found that patients who took peppermint oil tablets before eating felt better after meals than those who did not. Those with both non-cardiac chest pain and unobstructed difficulty swallowing saw the most benefits: 73 percent of them reported feeling better. Of patients with just one of the symptoms, those with non-cardiac chest pain had a more positive response from the peppermint oil (63 percent) than those with difficulty swallowing (53 percent). 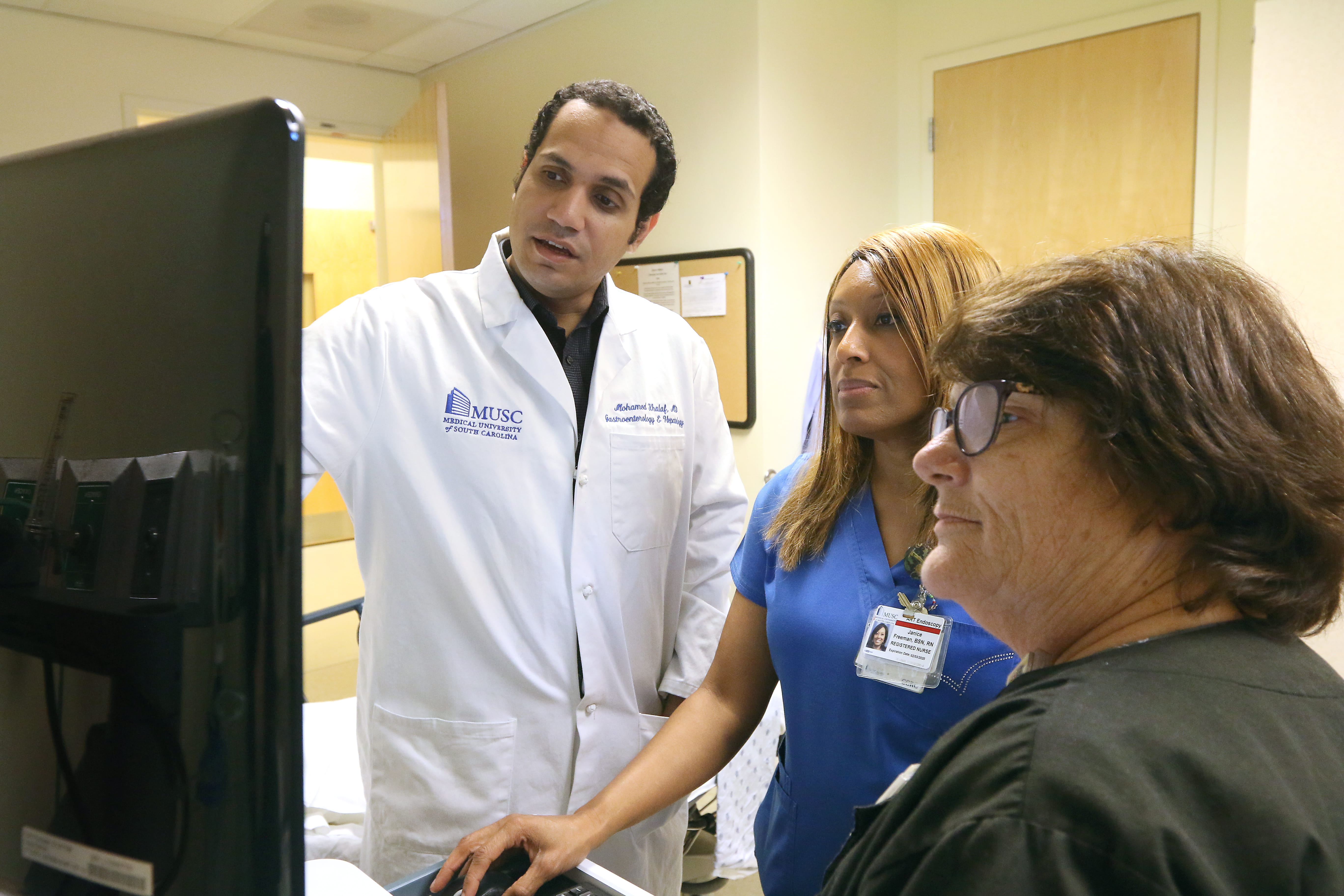 Current standard of care calls for these disorders involves trying multiple drugs, including tricyclic antidepressants and calcium channel blockers, and hoping that one works.

Peppermint offers an attractive first line of defense for these patients, who experience intermittent symptoms, because they can take it freely as symptoms occur.

“In this study, patients who had experienced difficulty swallowing took two pieces of a commercially available peppermint right before meals. Those with chest pain took the peppermint tablets as needed,” says Khalaf.

This study highlights the effects of the so-called Charleston Approach, which advocates a “start low and go slow” treatment strategy. The Charleston Approach differs from current standard of care in that it uses peppermint oil as a first attempt to relieve symptoms.

Castell and Khalaf caution that patients must first be examined by a doctor to rule out heart disease and undergo a procedure known as an endoscopy to rule out obstruction before they are offered peppermint as a first-line treatment. Endoscopy involves inserting a flexible tube fitted with a light and camera into the esophagus.

One of the drawbacks of the study was that researchers did not know the precise dosage of peppermint being given since it was a commercial candy (only one type of which was effective) with a proprietary recipe. Another was the study relied on self-reporting by patients to determine whether symptoms improved.

Although the preliminary findings of this study are promising, they need to be confirmed in a trial that compares outcomes in patients who receive a specific dose of peppermint oil and those who receive only a placebo.

In the meantime, however, patients who have been diagnosed as having spastic disorders of the esophagus and who have no heart disease or obstruction can try using peppermint to see if it relieves their symptoms.

“Given the safety profile, low cost, and widespread availability, there are no risks from empirical use of peppermint oil,” says Khalaf.