It's not too late to 'flatten the curve' of coronavirus spread

Now that South Carolina schools are closed and a lot of adults are working from home amid the coronavirus outbreak, people need to take the concept of social distancing seriously. That’s according to microbiologist and immunologist Michael Schmidt, Ph.D., at the Medical University of South Carolina.

“I think social distancing is the only thing that is going to immediately address the situation that we’re experiencing here in the United States,” he said. “Please help us flatten the curve. No play dates for your children, because you don’t know what the other child has been exposed to and might be bringing into your house, where it could be passed on to you or the child’s grandparent.”

Schmidt is using a couple of terms that are relatively new to most people: “social distancing” and “flatten the curve.”

Social distancing is a way to protect yourself from contagious diseases. It involves maintaining at least a six-foot distance from other people, getting away from anyone who’s coughing or sneezing, avoiding shaking hands and using technology to meet instead of meeting in person when possible.

Flatten the curve means to spread out the impact of the virus over time instead of allowing it to spike as we’ve seen in Italy, for example, where the number of cases and deaths have soared. A spike could overwhelm our health care system, even here in the United States, Schmidt said.

“The scary statistic is, per capita, Italy has a greater number of physicians than the United States and more importantly, a greater number of hospital beds per capita than the United States. Yet we are witnessing bedlam in Italy simply because they all got it at once,” Schmidt said. “By contrast, in China, social distancing did flatten the curve.”

Schmidt said it’s time for everyone to become part of the national effort to slow the virus’ spread. “This may sound harsh, but people can no longer just think about their own comfort and pleasure. We really have to take others into consideration.”

We need to protect people 50 and older in particular, Schmidt said. “Once you cross over 50, it’s about a .5% chance of dying if you get COVID-19. Over 60, it’s about 3.4%. By the time you get to 80, it borders on 15%, and God forbid you have any lung issues because this is a disease that can wreak havoc on the lungs in vulnerable people.”

But he’s encouraged by the measures he’s seen in recent days, including closing schools, delaying or canceling professional sporting events and temporarily shutting down businesses.

“It’s not too late to flatten the curve,” Schmidt said. 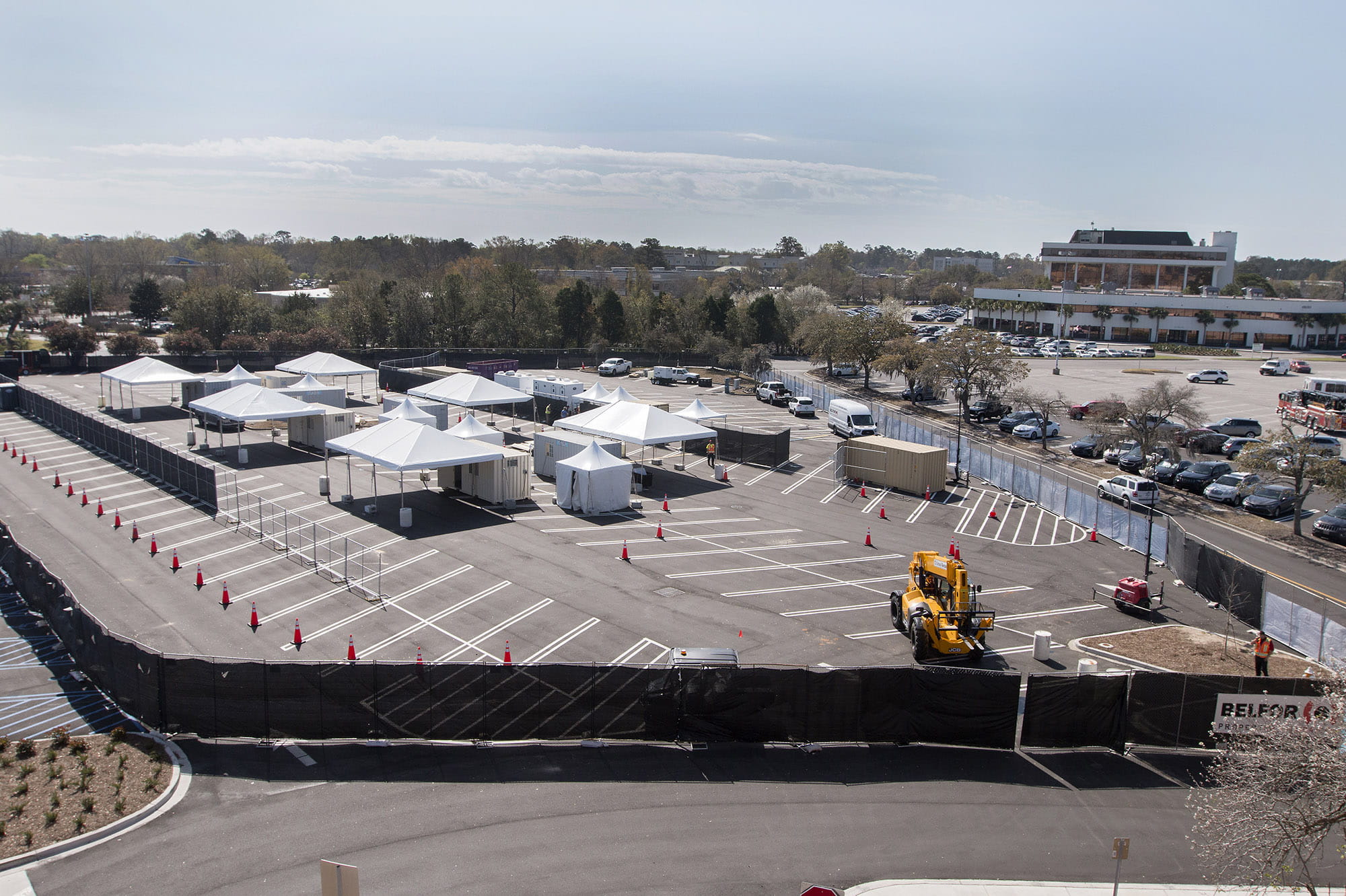 MUSC offers first-known combo of telehealth screening and drive-through specimen collection to address potential exposure to and spread of the coronavirus. 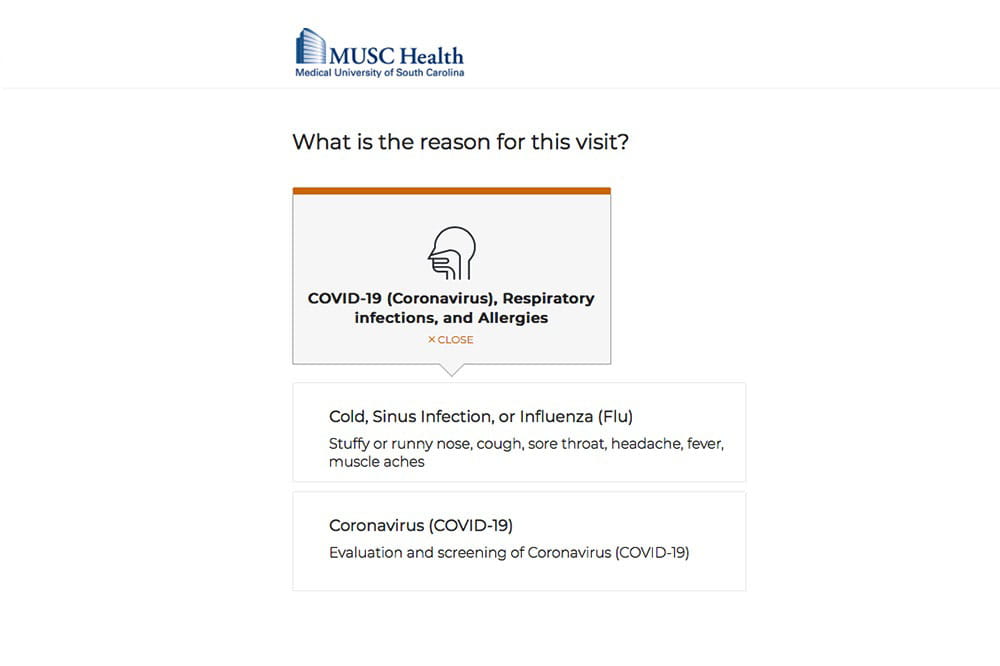 If the new coronavirus becomes a problem in South Carolina, MUSC Health hopes to help slow its spread through online care.