Gut check: Could an intestinal microbe one day be used as a biomarker for lupus?

A gut microbe of interest has been identified for lupus, report researchers at the New York University, the Medical University of South Carolina and elsewhere in an article published February 19, 2018 in Annals of the Rheumatic Diseases. Lupus is an autoimmune disease in which the body’s immune system attacks its own tissues and organs.

The microbe, Ruminococcus gnavus (RG), is a commensal bacteria, meaning that it lives in the gut of even healthy people. The study compared the gut microbiota — all the microbes living in the intestinal tract  — of 61 female patients with lupus at New York University Langone Medical Center and 17 healthy controls. The researchers found that patients with lupus have a much more diverse mix of gut microbes than healthy people, as well as an overabundance of RG. These findings were validated in an additional three patient cohorts.

Alexander V. Alekseyenko, Ph.D., an associate professor in the Department of Public Health Science and a member of the Biomedical Informatics Center at MUSC, a co-author on the article, was responsible for interpreting the microbiome data they collected in the study. The team was led by Gregg J. Silverman, M.D., professor of medicine and pathology at NYU. Alekseyenko began to collaborate with Silverman while on faculty at NYU and has continued the collaboration since joining MUSC.

“The microbiota in lupus patients differed much more from individual to individual, whereas a tighter microbiome was seen in healthy people,” says Alekseyenko. “There were thousands of microbes in the gut to look at individually to see if there was a role for them. So just figuring out which one was the one to look at was a lot of effort. Plus, there were a lot of clinical variables to model — looking at different subgroups, such as healthy people vs. lupus patients and then, within lupus, what were the differences across the different clinical phenotypes to compare.”

The correlation between relative RG abundance and disease severity suggests that RG could show promise as a biomarker for lupus. Such a biomarker could help detect lupus earlier and better predict the severity of disease.

But RG could also hold clues to the mechanisms causing lupus. Although the current study was not designed to establish causality, its findings led to the formulation of an interesting hypothesis. That is, they spurred the researchers to think about how an overabundance of a microbe could lead to the kidney failure caused by lupus nephritis.

“It took us some time to figure out the exact model of how a microbe might cause nephritis,” explains Alekseyenko. “Finally, it took Dr. Silverman going back to medical history books and connecting to something we already understand — strep A kidney failure — and seeing if that model might work.

Some children who are infected with a bad strain of streptococcus A, if left untreated, develop kidney failure. In an effort to destroy the microbe, the immune system ends up destroying the kidneys.

“We thought that there might be a similar model working within the lupus population,” says Alekseyenko. “There could be a microbe that puts the immune system in overdrive by making it attack human double-stranded DNA, a hallmark of the disease, and then causes the kidneys to fail because they cannot clear all of the immune products.”

For the moment, a role for RG2 in triggering autoimmunity remains speculative. For a more definitive role to be established, additional studies will be required to understand how RG stimulates the immune system.

“We need to better understand the role of RG in the gut,” says Alekseyenko. “What does it do metabolically and what kind of chemicals does it produce? What exactly in this microbe is the immune system reacting to? We have some clues, but we don’t have an exact, specific target.”

Alekseyenko will continue to collaborate with Silverman to answer those questions. He has NIH funding to develop informatics methods to better understand microbiomes, and he is using Silverman’s data as a case study. Silverman is also drawing on Alekseyenko’s microbiome informatics expertise for a grant of his own. 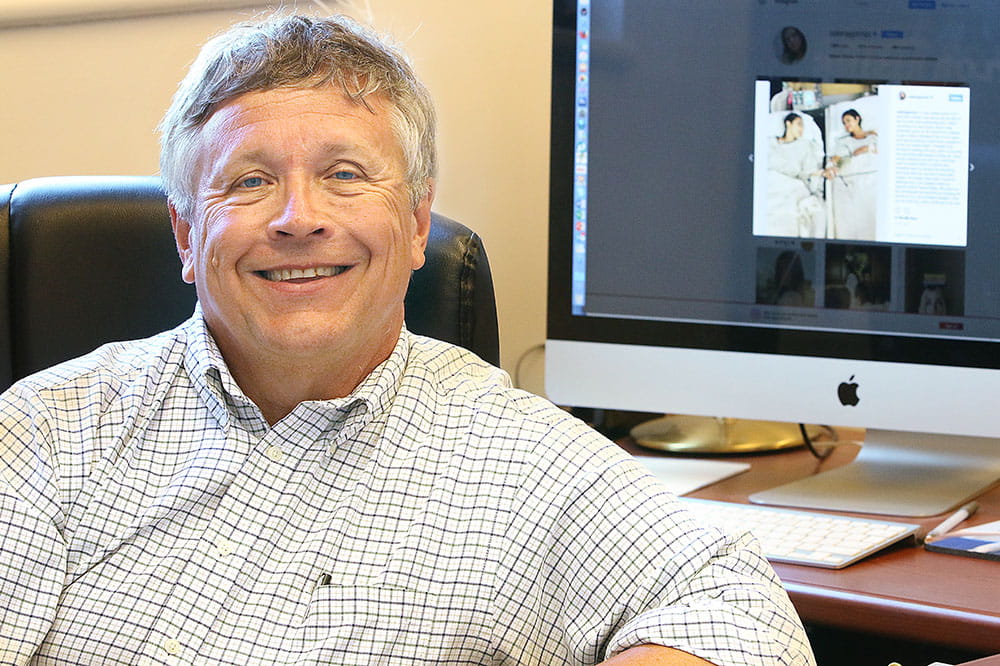 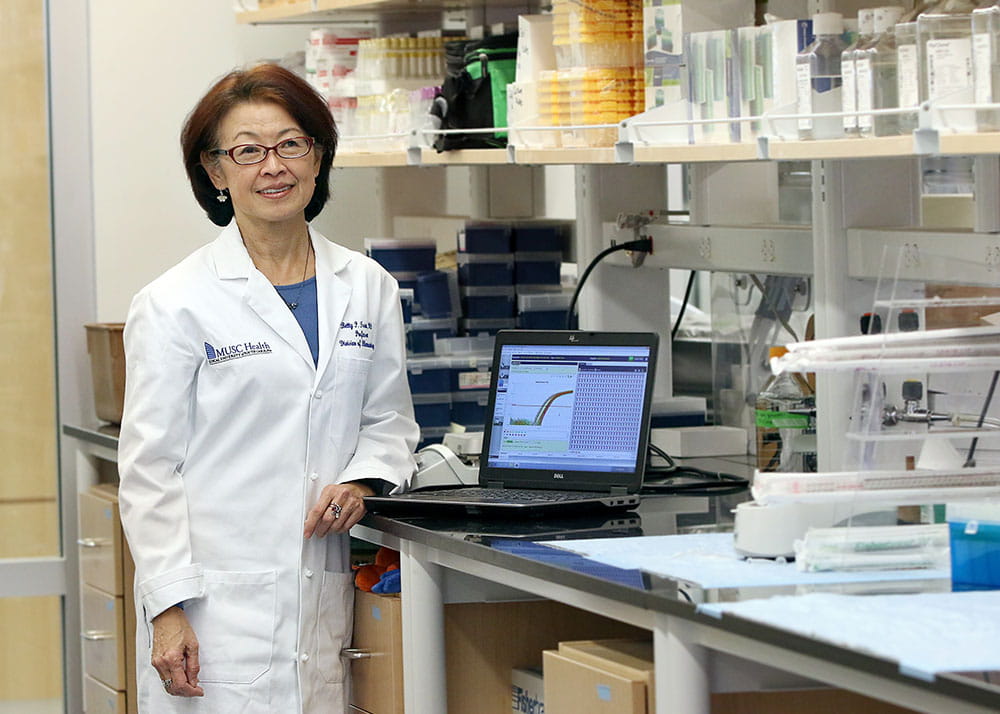 Researcher Betty Tsao is on the trail of lupus, tracking down the cause of the autoimmune disease.