Some of the greatest insights into cancer and how to treat it come when basic scientists, cancer biologists and clinicians collaborate.

Such a collaborative team at Hollings Cancer Center at the Medical University of South Carolina (MUSC) recently reported in Nature Communications that it had obtained 3D structural snapshots of the enzyme Cdc34, a key regulator of cell biology and a target for cancer therapeutics. These structures, along with studies in human cells, have revealed key features of this enzyme that are important for its regulation of cell growth and activity. These unique features could present opportunities for rational design of novel cancer therapeutics.

The team was led by Shaun K. Olsen, Ph.D., an assistant professor in the Department of Biochemistry and Molecular Biology and a member of the Developmental Cancer Therapeutics Program at MUSC Hollings Cancer Center, and included biochemists who study how the body’s proteins function at a molecular level and cancer biologists and clinicians who could extend the findings in a biological context in human cancer cells.

“I chose to focus on Cdc34 first because of its clinical relevance,” said Katelyn Williams, first author of the published research and an MUSC M.D./Ph.D. student. “My clinical interest is pediatric hematology/oncology, and Cdc34 is a crucial regulator of many biological processes and functions abnormally in many cancers.”

Cdc34 is a central player in a cascade of E1 through E3 enzymes that interact with the signaling molecule ubiquitin to regulate cell growth and activity.

Within this system, Cdc34 labels proteins that normally block cell growth with ubiquitin in a way that specifically targets them for disposal by the cellular trash compactor that biologists call the proteasome.

When Cdc34 is unable to function properly, these negative regulators of cell growth accumulate and put the brakes on cell growth, which is the feature that makes it of interest for cancer therapeutics.

Developing a therapy to target the E1 enzyme, which is at the top of the cascade and affects everything below it, could have many unintended consequences. Instead, targeting Cdc34, an E2 enzyme further down the cascade, could be just as effective and far safer.

“If you target the E1 enzyme, everything downstream of it gets turned off, which includes thousands of different pathways,” explained Olsen. “If you specifically target one of the E2s, however, it is just a small shunt of the overall repertoire of ubiquitin pathways that get turned off while everything else can function normally. It would represent a far more precise approach.”

To understand how best to target Cdc34, the team first had to understand its structure better. The structure of a protein is key to how it interacts with other molecules and performs its cellular duties. Olsen and Williams isolated the protein from yeast and human cells and obtained a series of structural snapshots of Cdc34. This allowed them to determine how it clicks together with an E1 enzyme and ubiquitin-like puzzle pieces. The MUSC team found that it does so via unique changes in shape.

“The big thing is that we are able to see this 3D accommodation by the E1 enzyme to ‘wiggle’ Cdc34 into its E2 binding site,” said Williams. “We also found, which we had not seen previously, that Cdc34 also changes its shape to interact with the E1.”

After exploring this with proteins from yeast, Olsen and Williams worked with Hollings cancer researcher Alan Diehl, Ph.D., and his lab to confirm the phenomenon in human cancer cells as well.

Because many of the details discovered in this study about how Cdc34 works are unique to this particular enzyme, it may be possible for medical scientists to target Cdc34 specifically as a means of developing new cancer therapeutics.

While drug development may be in the future for Cdc34 and the proteins it binds, much more work remains before these findings affect clinical care.

However, that does not diminish the significance of this work and the excellent example it sets for biomedical researchers.

“This is an excellent example of the power of team science where the overall impact of the work is greater than the sum of the parts as a result of synergistic areas of expertise,” explained Olsen. “In this case, Dr. Diehl’s team of outstanding cancer biologists extended our structural and biochemical findings into a biological context, a crucial step in potentially translating our work into the clinic.” 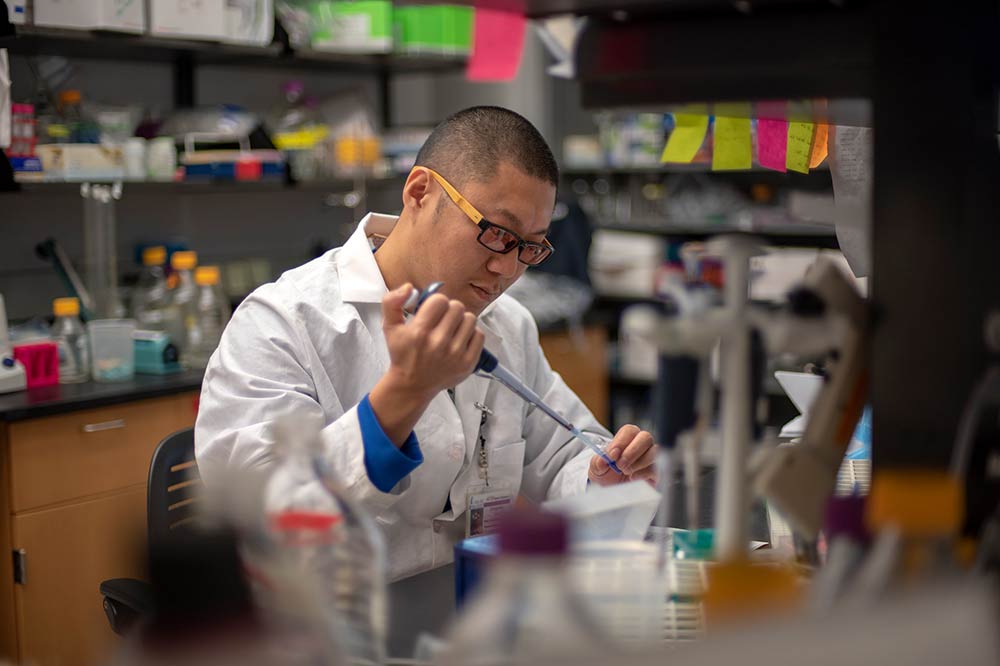 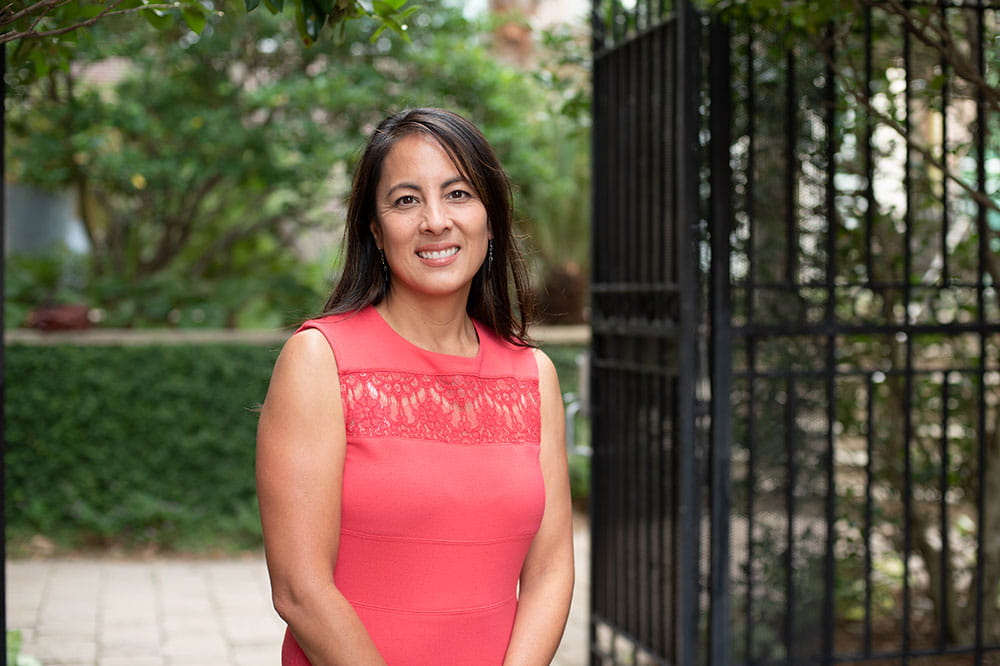 When she began her leadership, Tricia Bentz inherited a new program that recognized physicians for their time and effort participating in clinical research. 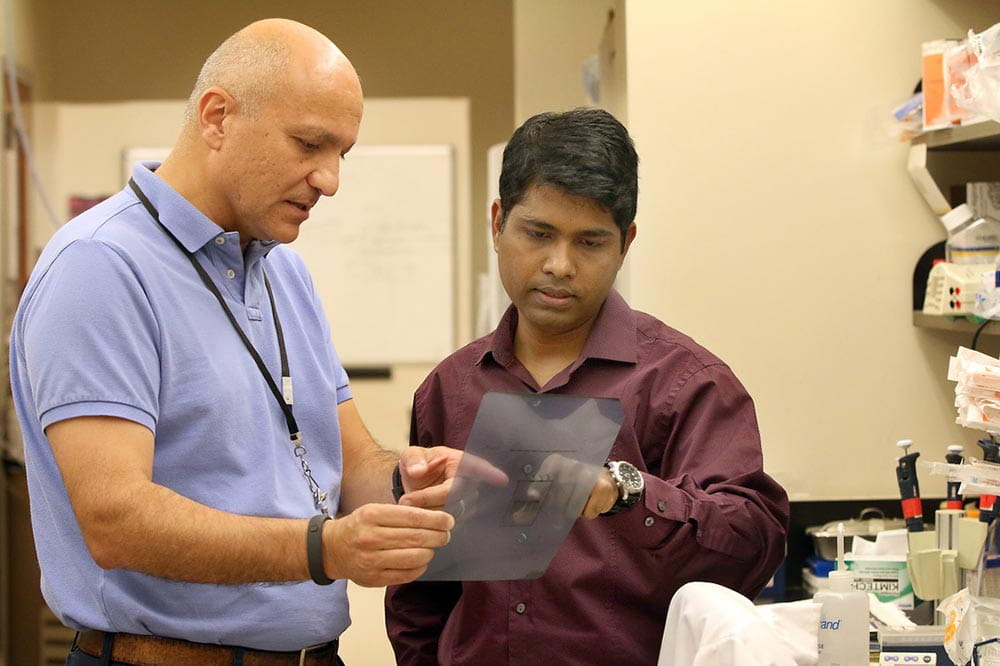 Hollings Cancer Center joins local and state leaders to celebrate the renewal of its designation as a National Cancer Institute (NCI) Cancer Center.