The Big Reveal Party for LOWVELO at Hollings Cancer Center at the Medical University of South Carolina did not disappoint. The Feb. 27 event honored the top fundraisers from the bike ride that had been held on Nov. 2. More than 600 riders on teams, also known as pelotons, raised nearly $1 million in its inaugural year to support cancer research.

Emotions ran high during the ceremony, as attendees learned that there will be another ride in the fall given the success of this year’s event. It was exciting news to many in attendance, including David Wenger, TD Bank sponsor and LOWVELO rider. There were many personal reasons the event hit close to home for him and employees Michael Naioti and Matthew Keane, who also were part of the TD Bank team doing the Boeing 50-mile route.

Keane rode for his uncle who had successful cancer-related surgery last fall. Naioti rode to show support for his father, John, who passed away the day after Christmas from a year-long battle with stage 4 pancreatic cancer. Wenger rode for his mother-in-law who lost her battle with ovarian cancer after fighting the disease for five years. He plans to continue to raise money and make an impact through LOWVELO.

“It just goes to show what community can do from a grassroots level in the first year, and we were extremely excited to be a part of this event,” Wenger said. “This is such an important focus and our goal is to expand our team and raise more money and make an impact. We look forward to one day curing cancer.”

That’s exactly the goal of Gustavo Leone, Ph.D., the event’s founder and former Hollings Cancer Center director, who thanked everyone who helped make the event such a success. In 2019, LOWVELO was supported by 619 riders and 330 volunteers, with the peer-to-peer fundraising campaign and sponsorships generating $900,787.

“I envisioned this to be much more than a bike ride based on dollars,” Leone said. “The LOWVELO bike ride means many things to many different people; it’s about connecting us through cancer research.”

LOWVELO is an outdoor ride around the Lowcountry that raises money for life-saving cancer research, featuring 25-, 50- or 100-mile routes. Each rider commits to raising a minimum amount specific to the route he or she selected. Riders collect donations and develop fundraising activities to reach their goals with 100% of rider-raised dollars funding research at Hollings Cancer Center.

Gerard A. Silvestri, M.D., a Hollings Cancer Center researcher and lung cancer pulmonologist, won an award for being one of MUSC’s top fundraisers, a member of the High Tide Club and part of an “Outstanding Peloton.”

“These types of events support scientists who have made discoveries and who are going to lower mortality from cancer,” Silvestri said. “I rode for my dad who was 47 when he was diagnosed with colon cancer and died at 53, leaving seven kids behind and a mom to raise those kids.”

The High Tide Club is a group that recognizes riders who individually raised more than $5,000. In addition to Silvestri, those riders included Stan Gibson, Harvey Glick, Dan Parker and Wenger.

Like Silvestri, Parker also was named a Top Fundraiser and recognized as a member of the High Tide Club and Outstanding Peloton: East Bound and Down.

Hollings Cancer Center’s interim director Denis Guttridge, Ph.D., who rode the Jerry Zucker 100-mile route, said he’s excited for the future of LOWVELO. He thanked Leone for his vision and leadership in founding the event.

“I'm very proud of Gustavo,” Guttridge said. “We're going to carry the success of LOWVELO on, and we're going to make it what he envisioned it to be.”

Guttridge said that he was proud to work with Leone, and that he shares the same vision of providing the best cancer care to the state and making a difference through LOWVELO.

“We want to make that difference for everybody who lives in the state and for the people who don't have the means,” Guttridge said. “We're going to figure out a way to bring them the best care, too, and that's because of what Gustavo started.”

While still in the planning stage, this year’s LOWVELO ride will take place in the fall, and more details about the date and routes will be announced soon.

Leone said that they anticipate a bigger and better ride in the years to come. “It's about letting people in our community know who the researchers and physicians are, and that they are really taking care of them,” Leone said. “I believe that this movement cannot be stopped, so let's keep it going.”

At the event, 44 awards were presented to the top fundraisers and pelotons. 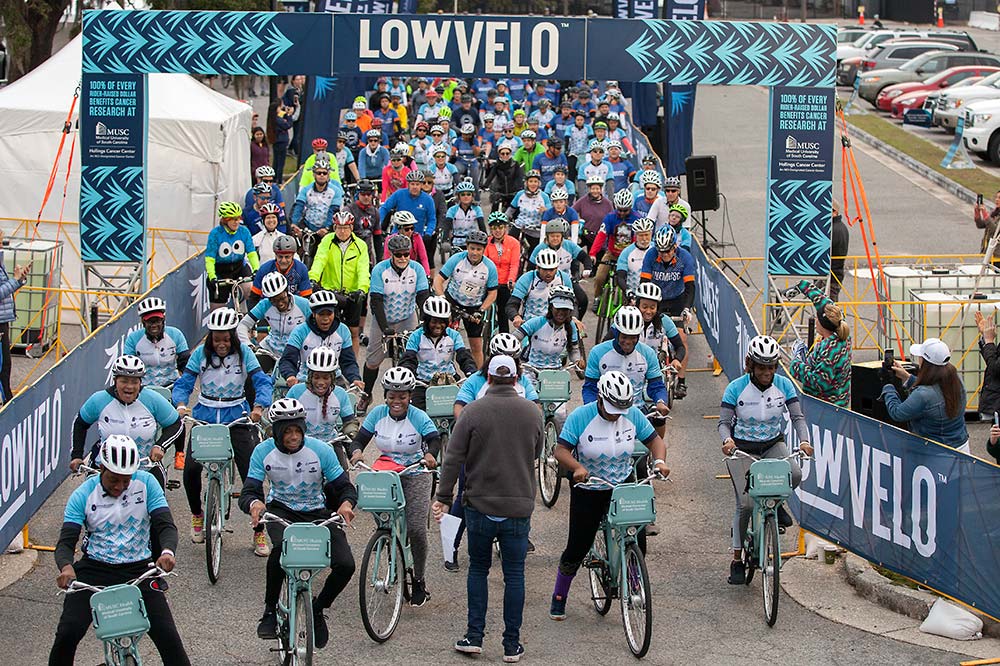 Strength in numbers was a big theme of the ride, which was billed as a ride – not a race. It was a way for people to come together and bond over one cause. 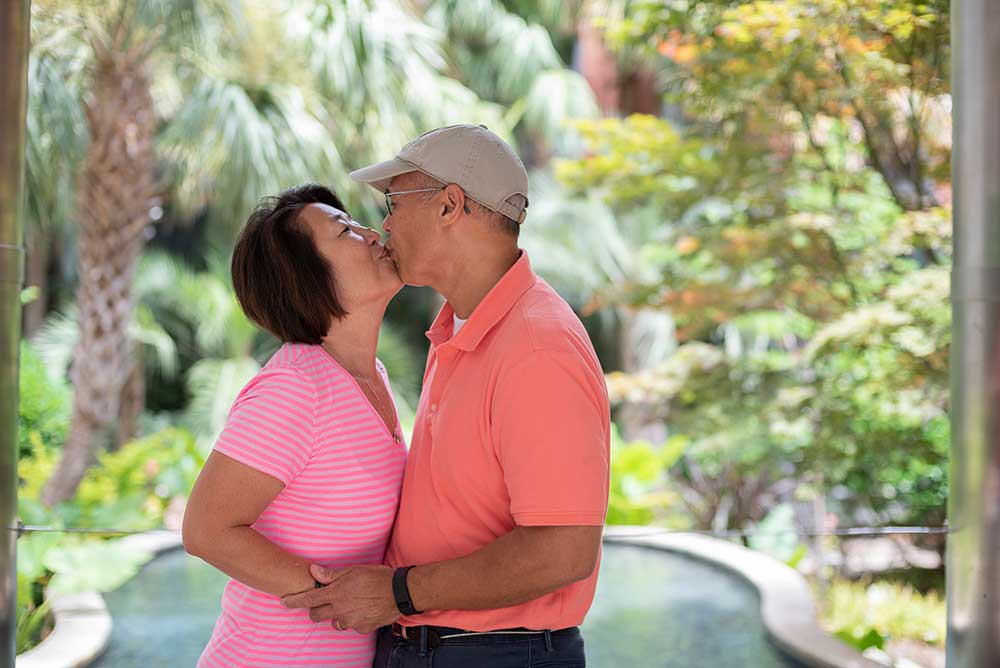 This couple’s amazing love story has them riding tandem in LOWVELO. And get this – one of them is just learning to ride a bike.