She always knew she was different. In medical school, she finally found out why.

When Medical University of South Carolina student Melanie Wiley works with children on the autism spectrum, she knows what they’re going through. She was diagnosed with autism during her second year of medical school.

“I was really struggling,” she said. “I was way overstimulated during class, clinic and exams. Basically everywhere.”

On test days, she was distracted by sounds other students made, such as clicking on keyboards, perfume and fluorescent lights. It’s a problem known as sensory overload that affects people on the spectrum.

And the techniques she’d developed over a lifetime of test taking, including a multistep process for approaching each question to make sure she didn’t miss any of the nuances that sometimes escaped her, were time consuming. That was a problem when it came to tests with time limits.

“I was confident in my knowledge but struggled with exams,” she said.

Wiley realized that her sensory differences, along with the inflexibility that made it hard for her to stop working on one problem and move to the next, were things she needed help with. She also realized it was time to find out whether these two things were connected to some of her other characteristics.

Her innate candor, for example. “As a child, I learned maybe I should just stop saying things. I didn’t know why, but whenever I talked, it didn’t go well. I can be very blunt and concrete.”

Her nonverbal communication skills were atypical, too. “When I was in college, before I had a diagnosis, people would come up to me and say, ‘What’s wrong?’ And I was having the best day, ever. They just couldn’t tell it from my expression.”

Her solution? Practice. The inflexibility that she would later learn was part of being autistic meant she never gave up. She used her resilience to find solutions.

“I took modeling classes because I felt like I walked awkwardly,” she said. “I’m going to learn how to walk. I’m going to figure it out,” she told herself.

“I talked in the mirror and did selfies before selfies were a thing. I had this down to a science. Now, when I tell someone, ‘Hello,’ I know how my voice sounds and face feels,” she said with a big smile, as if she were greeting someone. “It feels really goofy to me, but I know it looks OK.”

The summer after her first year in medical school, Wiley got tested for autism. The three-month process included examining her childhood history, interviews with her mother, testing and extensive discussions between Wiley and an autism specialist.

“I found out I was autistic. That changed a lot of things,” she said. “Now I had this whole new way to think about how I learn and process things. I could reconstruct my whole schedule and approach, making a life change to set myself up for success.”

Wiley took a break from medical school to process what she’d learned about herself. But she didn’t take a break from science.

Wiley, who is pursuing both a medical degree and a doctorate at MUSC to become a physician scientist, worked with child and adolescent psychiatrist Frampton Gwynette, M.D., on a study during her time off. It tested transcranial magnetic stimulation as a possible treatment for depression in autistic adults.

Wiley loved the work. It reminded her of why she wanted to earn dual degrees to help vulnerable people, including autistic children and adults. “Being so different from your peers and the accompanying social isolation is painful. We know clinically that depression is more common in the autism community and can be more severe and less responsive to traditional treatments.”

Gwynette, an associate professor in the Department of Psychiatry and Behavioral Sciences, said he learned more about autism from Wiley than any book or article he’d ever read. “She is so talented and hardworking and yet also willing to be vulnerable by sharing her personal struggles for the benefit of others.”

Wiley also started a program for autistic children called the Project Rex Hangout and became a mentor. “Working with adolescent girls and boys on the spectrum as they navigate some things that they’re going through –that I did, too –is helpful. It’s good to know you’re not the only one.”

She went on to join the board of the South Carolina Autism Society and became a public speaker to advocate for autistic people.

When Wiley returned to school, her autism diagnosis meant she qualified for accommodations, including a quiet space for testing and additional time to complete exams. She also helped to start a campus organization for students with disabilities and their allies called the Alliance for Disability Advocacy.

Wiley’s diagnosis also gave her a new perspective when she worked with patients. “I’ve learned about the abilities of both nonverbal and verbal people on the spectrum. We are all unique in our abilities and struggles. It’s a spectrum, and there are a lot of similarities. I see myself in all these different people.”

She said she also realized that there’s reason to appreciate some of autism’s traits, such as determination. “I think the inflexibility has allowed me to stick with school even when it looked to some people like I should quit.”

And her sensory differences make her aware of other people’s need for personal space – including parents and patients. “I wouldn’t want to get rid of that. A lot of people aren’t sensitive to others’ personal space when they need to be.”

Wiley knows her experiences will serve her well in the future when she fulfills her lifelong dream of becoming a physician/scientist. “I don’t remember when I didn’t want to be a doctor,” she said. 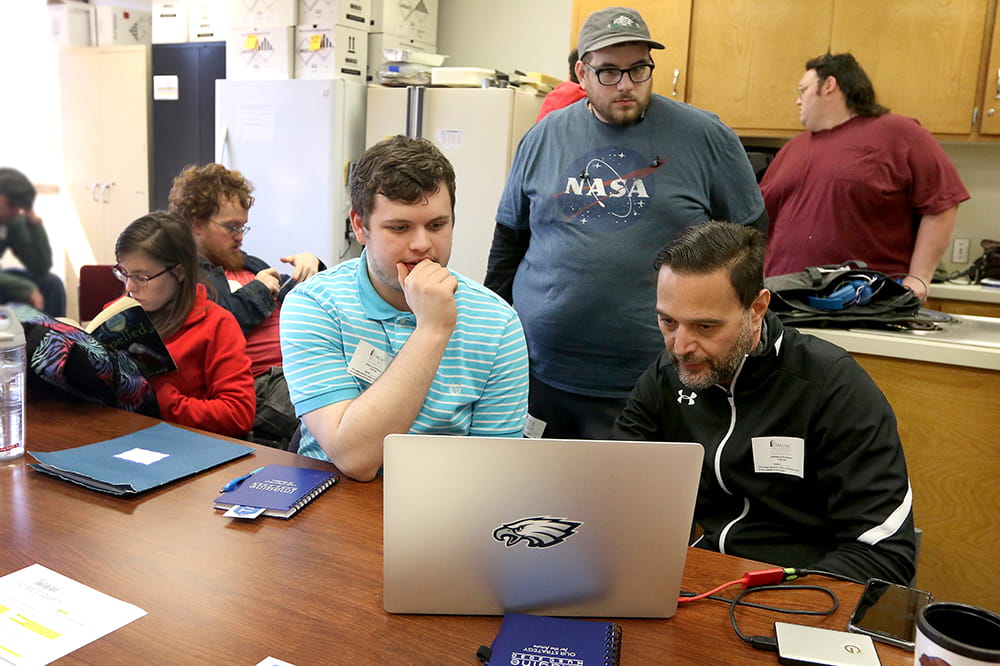 Who better to raise awareness about living with autism than people who have been diagnosed? That's the thinking behind the Autism News Network.