With clipboards and iPads in hand and pens and pencils at the ready, dozens of people surrounded a mock operating room to scrutinize in silence the smallest movements of a surgical team. Their observations, as well as the operating team’s critiques, will be collated and analyzed in the coming weeks as part of a joint project between MUSC and Clemson University to re-imagine the operating room.

Operating rooms haven’t changed much since he first set foot in one in 1994, said Robert Cina, a pediatric surgeon who’s been participating in this study since the beginning. In fact, they hadn’t changed for decades even before that. There’s better and more technology, but the actual setup of the room is basically the same.

But MUSC and Clemson researchers wondered if the operating room couldn’t be reconfigured to improve quality, safety and outcomes both for patients and the medical staff.

Adverse events happen in 1 out of every 10 surgeries, and while better training and processes can help improve that statistic, better design is also part of the solution, according to Anjali Joseph, the Spartanburg Regional Health System endowed chair in architecture + health design and director of the Center for Health Facilities Design and Testing at Clemson University.

She and Scott T. Reeves, M.D., the John E. Mahaffey, M.D. endowed chair and chairman of the MUSC Department of Anesthesia and Perioperative Medicine, are the lead investigators on the four-year, $4 million research grant from the Agency for Healthcare Research and Quality.

The project is now in its fourth year. What started as a basic simulation, with tape on the floor to indicate the placement of equipment, is now an almost fully realized operating room within the Clemson Design Center on the second floor of the Cigar Factory in Charleston.

The results of this research will be felt in the MUSC Children’s Health R. Keith Summey Medical Pavilion in North Charleston and the new MUSC Health West center in West Ashley, both under construction – not to mention in operating rooms around the country as other health care systems apply the research findings to their own construction projects.

On Wednesday, surgical teams walked through a couple of common children’s surgeries: hernia repair and ear tubes and tonsil surgery.

“Surgeons are creatures of habit. We learn to do things a certain way. In some ways, from a patient safety perspective, you want it to be routine. You want us to be doing things the way we always do them,” said Clarice Clemmens, a children's ear, nose and throat surgeon who participated in a simulation for the first time on Wednesday.

So asking Clemmens not to turn the operating table 90 degrees, as she was taught to do and has always done, was a big step. Even though, as she explained, turning the table 90 degrees really doesn’t work well. “That can be an inefficiency in the OR.  There are multiple cords and circuits that are easily tangled during the turn, which ultimately adds time to the case,” she said.

Instead, the room setup allowed the team to turn the operating table 45 degrees.

“It worked beautifully,” Clemmens said. The anesthesiologist had better access to the patient and everything moved more efficiently. “This has clearly been very well thought out,” Clemmens said. Though she can’t make the change in the current operating room, because there isn’t enough space, she’d welcome the new design in the new children’s medical pavilion in North Charleston.

Changing where the operating table faces sounds like a small step, but not to researchers who are intently focused on the purpose of every square inch of space. The idea is to ensure that only items that absolutely must be in the room are there, to eliminate as much as possible surfaces that must be cleaned and clutter that’s distracting.

During the simulated surgeries, each member of the surgical team had an assigned Clemson observer who noted where that person moved, where there were potential conflicts and where things seemed to work well. General observers kept track of overall movement in the room.

Following the surgeries, the medical and architectural teams reviewed the action. For example, Reeves and Joseph thought they had the overhead booms for lights and display screens in the best places. But Cina said one display screen was in the way. On the other hand, he liked that the floor is color-coded, giving both the medical teams and cleaning crews a visual cue as to where the equipment should go.

The room zones, as designated by the colors on the floor, are an important part of the design. The researchers divided the room into anesthesia, sterile and circulation zones. “By putting anesthesia in the corner, they’re out of the fray,” said Byron Edwards, professor of practice in architecture and health at Clemson.

Dee San, MUSC’s perioperative quality and safety manager, added that the zones are about more than keeping people from bumping into each other or tripping over cords.

Clearly, she stressed, it’s important to minimize how much the people in the room have to move around to get what they need in order to meet the overall goal: “To improve patient outcomes by reducing controllable risks.”

Joseph said the team will run more simulations after the children’s medical pavilion opens to see if they need to make any design or operational changes. Once the pavilion has been open for six months, they’ll record some surgeries and compare those recordings to recordings of surgeries in the existing operating rooms to determine if the new design is successful.

A key part of the project is the fact that investigators will openly share what they’ve learned. Reeves said the researchers recently hosted a group from MedStar Health, a health care system in the mid-Atlantic region that’s preparing to build more ambulatory operating rooms. The team will also create a free web-based how-to tool with all its findings. 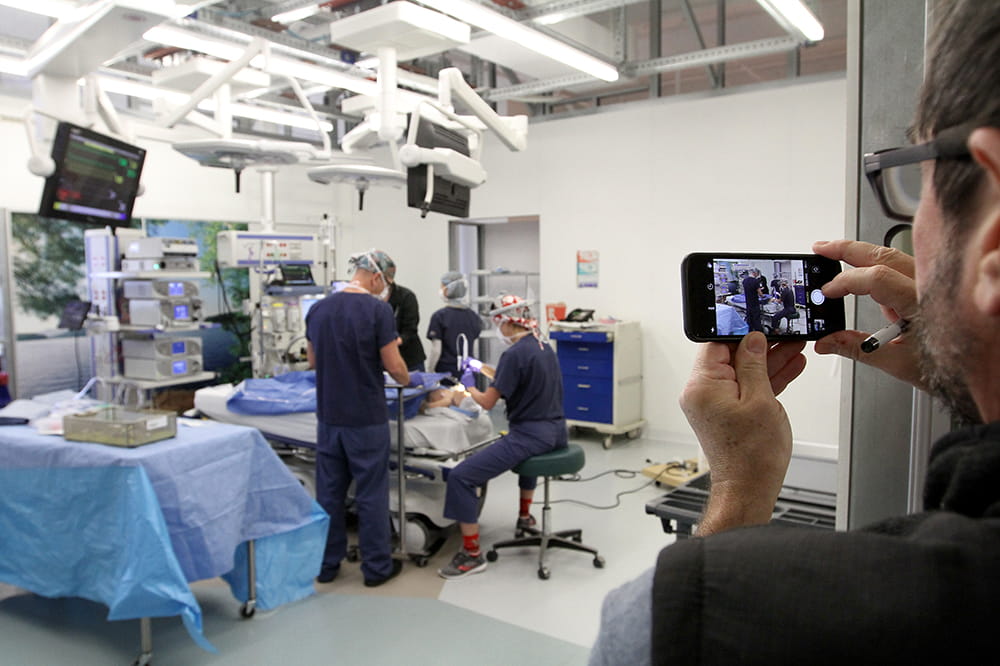 Drs. Anjali Joseph and Scott Reeves talk about their work. 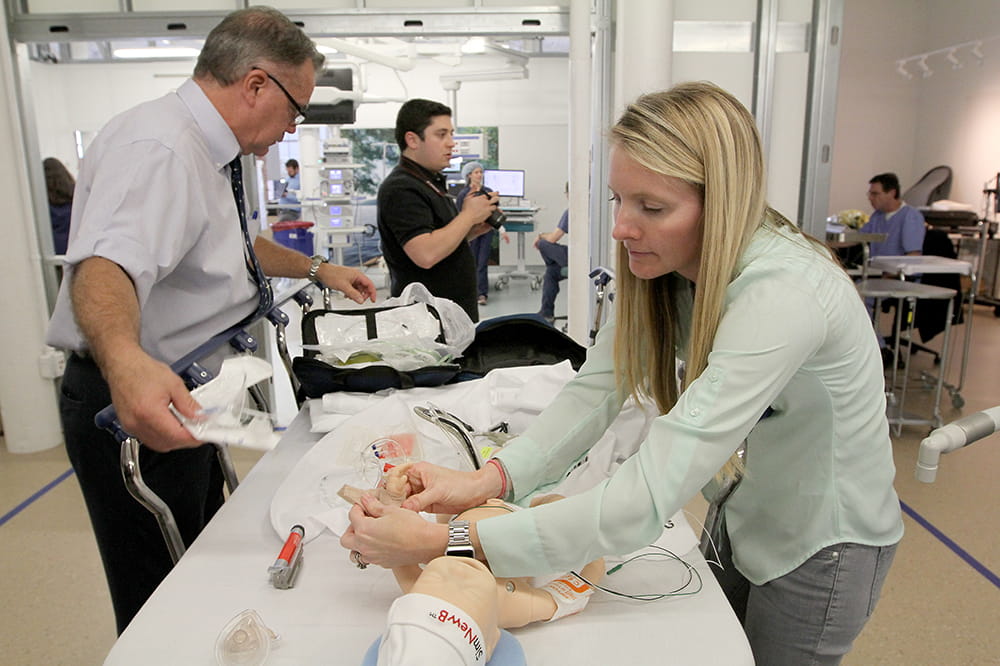 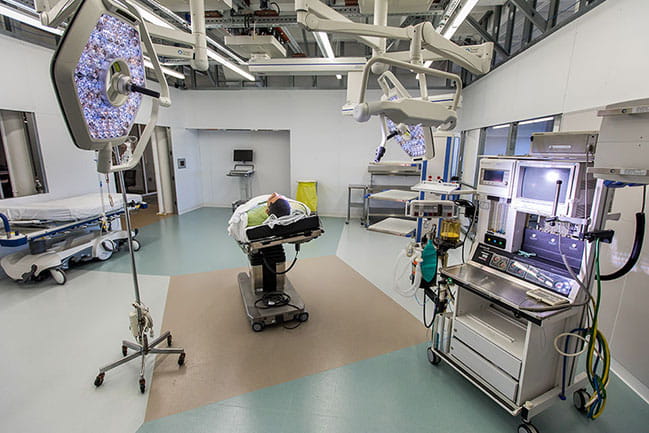 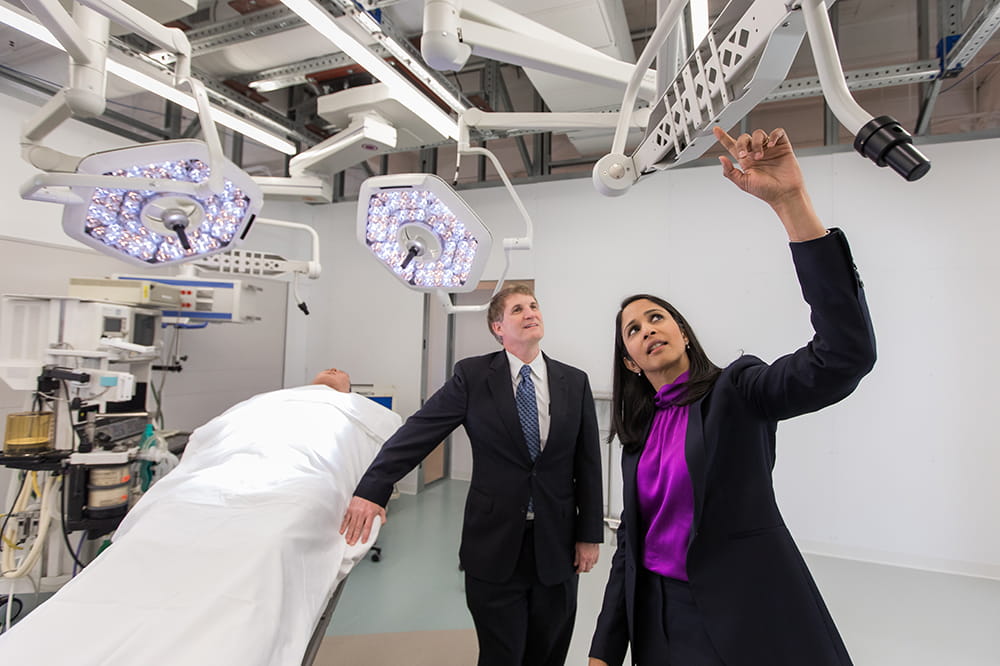