To find the organisms that would lead to one of the most rewarding inventions he’s ever been involved with, Medical University of South Carolina microbiologist Hal May had to get down and dirty.

“I went out wading in the water beyond Brittlebank Park and collected some pluff mud. It was pretty smelly, but that’s where it came from,” May says.

As South Carolinians know, pluff mud is the dark, squishy stuff that lines the bottom of salt marshes, including the part of the Ashley River that May pulled his sample from. It’s full of decaying plants, animals and marsh grass, which makes it smell a little like rotten eggs.

But pluff mud is also full of nutrients and organisms that feed on them — including the bacteria May found that day near Charleston’s Brittlebank Park. He had big plans for those tiny creatures. He believed that the bacteria could be used to get rid of toxic chemicals called polychlorinated biphenyls, or PCBs, that washed into waterways years ago and settled into the sediment.

PCBs were banned in the U.S. in 1979. But their effects linger. In their heyday, they were used in electrical insulators, appliances such as TVs and refrigerators. And people weren’t exactly meticulous about where else PCBs wound up, May says.

“The factories where these were, they would make these things in great big batches and then wash the floors of the plants off into the river next to the plant. The stuff started accumulating in many places around the world doing this kind of thing. That’s one big way that it’s moved into the environment.”

PCBs were also sprayed on roads to keep dust down and used to put out fires – leaving even more of them in soil and sediment across the country. They don’t break down easily and can stay in the environment for decades, moving between the air, water and earth. And when fish consume them and humans consume the fish, that can put people’s health at risk.

Studies have shown that PCBs can cause cancer in animals. The chemicals also affect their immune, reproductive, nervous and endocrine systems. Studies in humans suggest the chemicals may be harmful to people, too.

“The bottom line for me is, let’s just get rid of the PCBs,” May says.

It became a 25-year quest for him and his longtime collaborator and friend Kevin Sowers, who he met in graduate school. They were both curious, smart and environmentally oriented. MUSC recruited May because of his background in PCB research at a large pharmaceutical company. He’s a professor in the College of Medicine  and has worked with MUSC’s Foundation for Research Development on the effort. Sowers is the associate director of the Institute of Marine and Environmental Technology, which is associated with the University of Maryland, Baltimore County.

“Kevin and I started doing basic research on trying to crack this problem more than two decades ago. It’s complicated, because there are more than 200 types of PCBs in the world. And it ended up requiring a lot of basic and applied research to get to this stage. A lot of it we started here at MUSC,” May said.

He and Sowers had seen what was already being used to remove PCBs from waterways and land. “Dredging and capping” is the shorthand, meaning scoop out the stuff, take it away and put a lid on it. It’s expensive and disturbs the area where the PCBs are pulled from, May said. It also doesn’t get rid of the PCBs – it just moves them.

He, Sowers and a third scientist from the University of Maryland, Upal Ghosh, came up with what they believe is a better plan. PCBs are made up of carbon, hydrogen and chlorine atoms. To destroy the chemicals, the scientists would need to attack all three elements.

To do that, they would use three weapons:

The scientists found that DF-1 could attack the PCBs’ chlorine atoms, exposing the carbon biphenyl rings so the aerobes can break them down into carbon dioxide and water. The researchers also created a microenvironment where the bacteria could live together safely, then attached the whole thing to SediMite, which would serve as their delivery system.

It worked. After half a lifetime of research, it all came together for May and his colleagues.

He recently returned to the Charleston riverbank where his original pluff mud sample came from and marveled at what it led to. “The cool thing about this is that it’s gone all the way from here, to all that lab work, to now back out to places like here where we can actually use it. This is what it’s about in the end.”

Sowers and Ghosh have started a company called RemBac Environmental, which uses their creation to clean up PCBs. May does not have a stake in it but does have two patents related to the product.

The company is in its early days, but testing shows it reduced PCBs in a Virginia wetland drainage creek, a Hawaiian atoll and a Michigan river. Testing is currently underway in a Delaware canal.

May is pleased to see his work paying off for the environment, getting chemicals out of the food chain. “MUSC, some time ago, made this commitment to get more into environmental work. It connects to public health,” he says.

“It’s why you get into this. It’s what I started out to do. It’s really satisfying to say, ‘Wow, we pieced it all together, and we made something happen in the environment. We actually got to the goal.’” 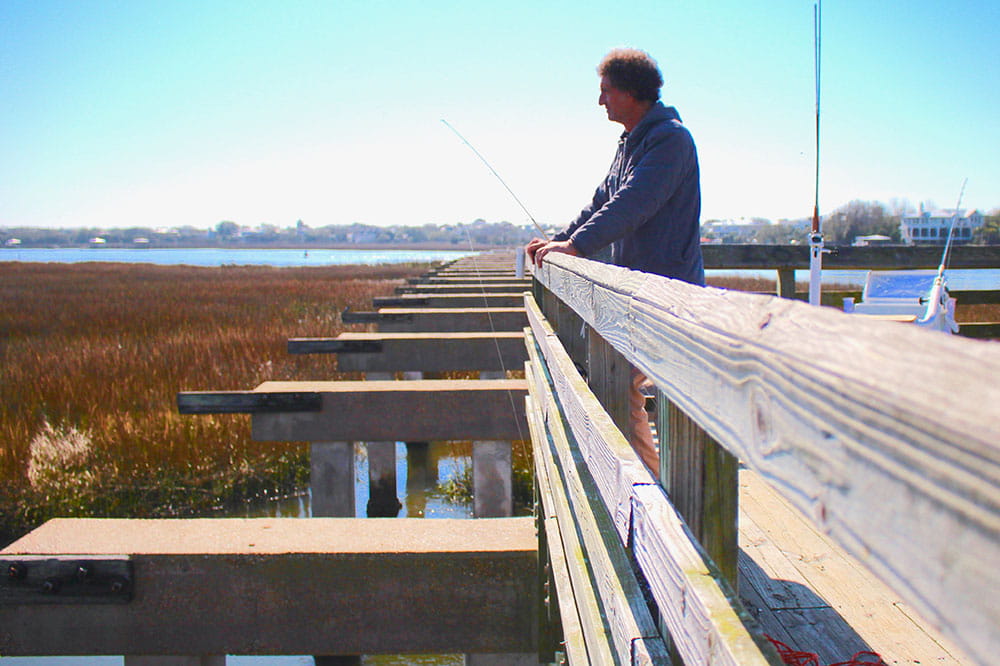 Chemicals called PFASs are found in fish from some Charleston-area waterways. 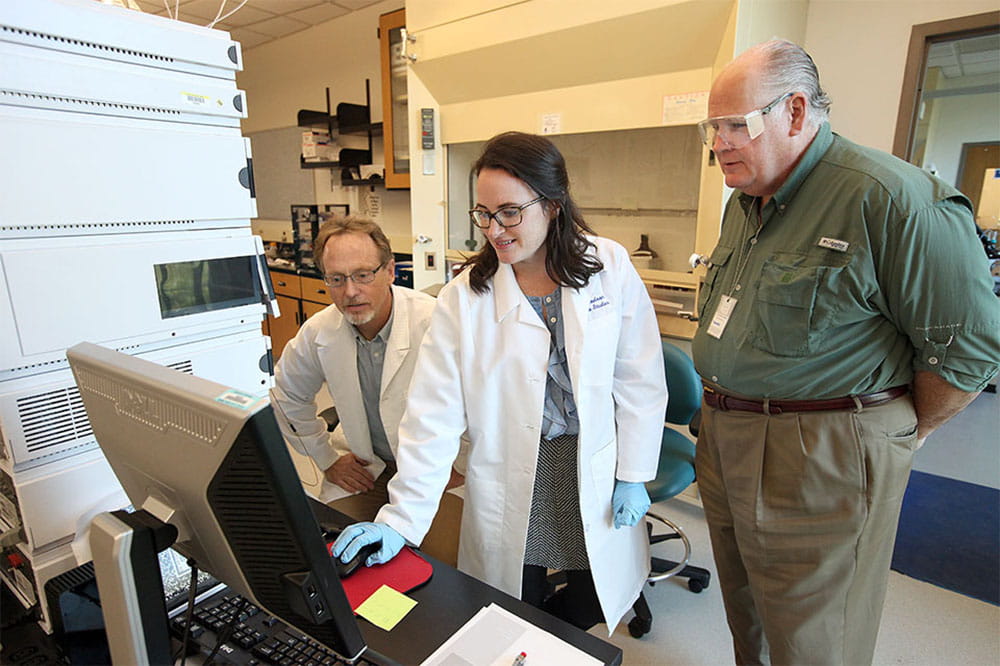 Could phthalates, chemicals found in everything from vinyl flooring to soft plastics, affect babies before they're even born?