Better than ever: Cancer survivor to ride LOWVELO with doctor who saved his life

London native Nick Charalambous thought he had experienced the worst when a 2013 bicycle accident left him with a broken back and broken neck. Not to be defeated, the NewSpring Church pastor dug into rehab and set his sights on a triathlon in 2015.

“I literally had started training, and it was maybe a week or two, if that, when I started feeling these strange pains in my neck,” he remembers. “It was odd enough that I went to the doc. But because I'd had a couple of breaks in my neck, and I was very prone to arthritis because of those injuries, I think the doctors just felt like, ‘Well, maybe this is just the new normal for you.’”

The pain persisted over that summer, progressively so, and he eventually lost the ability to bend. “I would wake up in the mornings and try and brush my teeth, and I couldn't lean over the sink without a ton of effort,” says Charalambous, who’s now 46 and lives in Anderson, South Carolina, with his wife. “It was shortly after that that I realized I couldn't even lie down in bed at night because I couldn't get back up again after that.”

More tests came back negative until an endocrinologist finally produced answers: Thousands of lesions had appeared along Charalambous’ spine and pelvis. Weeks passed as his Anderson-based medical team endeavored to find out what kind of cancer was at work, and that’s when someone suggested he see oncologist Robert Stuart, M.D., at Hollings Cancer Center at the Medical University of South Carolina.

The recommendation came not a moment too soon. On the drive from the Upstate to Charleston, Charalambous became delirious and began to lose consciousness. He was going into hypercalcemic shock.

“I didn't actually know much about hypercalcemia, but basically, my bones, especially my spine and pelvis, were crumbling at such a level that they were dumping just a ton of calcium into my bloodstream to the point where I was being poisoned,” he says. “I don’t remember the first three days there. I was very, very, very seriously sick, and at that point, crippled. I literally couldn’t walk around.”

Once at MUSC, the “odyssey,” as Charalambous calls it, continued. Stuart determined his form of cancer was a type that can sometimes attack the bones: anaplastic large cell Non-Hodgkin lymphoma. That was the answer.

As it was explained to Charalambous, the cancer had been attacking his T-cells while disguising itself to the immune system, only becoming visible once the obvious destruction of the bones had begun. Stuart suggested treating it with monoclonal antibodies, which are shown to work well against this type of cancer, particularly since Charalambous had a protein receptor site that suggested he would respond well. Within a week of treatment, he began to feel better. “I believe very strongly that that was God's providence in my life, because it was almost instantaneous,” he says.

After a few months of being treated with the drug in combination with chemotherapy, Charalambous was back on his feet. To celebrate, he took his wife for a doctor-approved "holiday of a lifetime." It was also their wedding anniversary, which they spent at a beach resort.

“And I remember it was the first time that I was able to dance," he says. Less than a year before, he was emaciated, crippled and unable to get out of bed on his own. "And here I was, dancing. It was a really poignant time."

The next step: a stem cell transplant, followed by what he’d originally feared would be a long road to wellness. But during his treatment, he went from being concerned about living a normal life again to believing very strongly that he’d have a full recovery.

“God had told me that I was going to be healed — fully healed, actually,” he says. “I believed in my heart that I would be physically better than before. I struggled to understand, struggled to believe it. But I remember receiving that promise, and I trusted it in my heart.”

He was so convinced that the promise was coming true that he started climbing the hospital stairs only three days after the stem cell transplant. “If you know anything about stem cell transplants, that's ridiculous and stupid,” he laughs. “They wouldn't let me out of that hospital. And so I said, ‘Well, they're not banning me from the staircase.’”

As he built his strength back up, one question he kept asking the doctors was, “Am I going to be able to get back on my bike?'”

“We wouldn’t recommend it,” was the resounding answer.

But Charalambous’ heart was set on fulfilling a promise he'd made the year before after finding out that Stuart was a cyclist. “I remember saying to him, ‘Well, doc, I'm going to get healed. I'm going to be fully healed, and we're going to ride our bikes one day.' One of the cool things about LOWVELO is that I get to do that," he says.

But his 25-mile LOWVELO ride on November 2 won't be his first post-op ride. Last year, he embarked on a solo bike tour of South Carolina, racking up 930 total miles in 13 days, with one rest day, and raising $5,000 for the Leukemia and Lymphoma Society. Passing through Charleston on July 4, he felt it was the day he was able to bring that cruel chapter to a close. Not only did he survive the grueling ride, athletically, but he claims to be in the best shape of his life – better than before the wreck. He has full flexibility, no arthritis and more endurance than ever before. "It's just ridiculous," he says. "Obviously, I see it as a fulfillment of the promise that God gave me. But it truly is just remarkable."

Charalambous also believes that he is back in the shape he's in because of the team at Hollings Cancer Center, stressing that “Dr. Stuart was heaven-sent.”

"I just really don't think that I would be speaking to you right now if it hadn't been for his care," he says, adding that the level of nursing care he received at MUSC was astonishing.

"It felt like family," says Charalambous, who’ll ride LOWVELO with the same family – Team BMT – who helped him heal. "I never felt like I was a bother, just being cared for in a professional way. I felt like people really loved me, and that matters a whole lot." 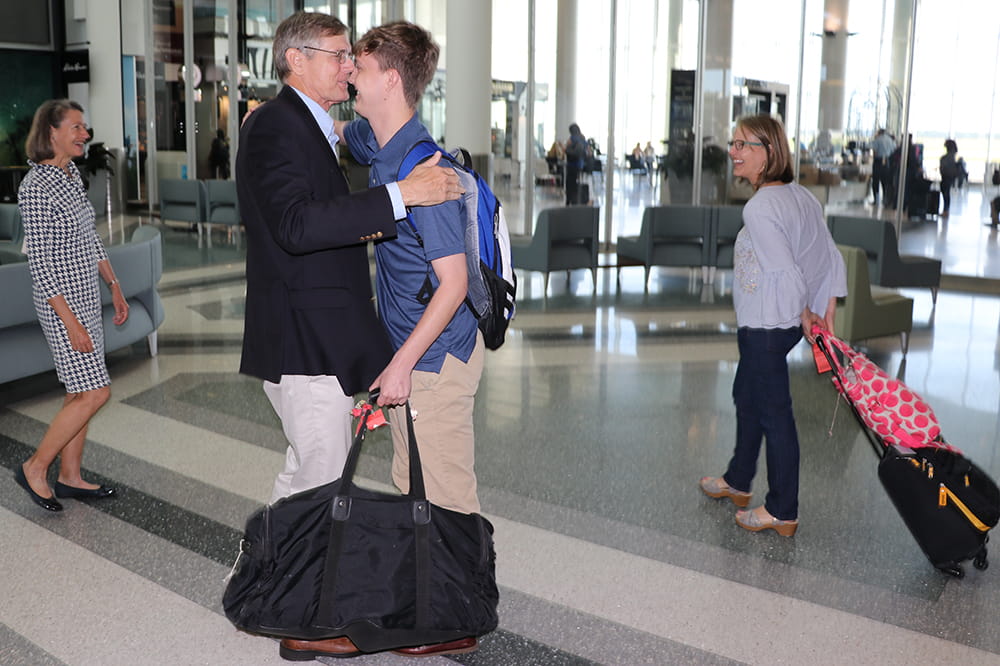 For Ben Hagood, cancer had an unexpected bright side – it led him to finding a life-long best friend in a college student 40 years younger than him. 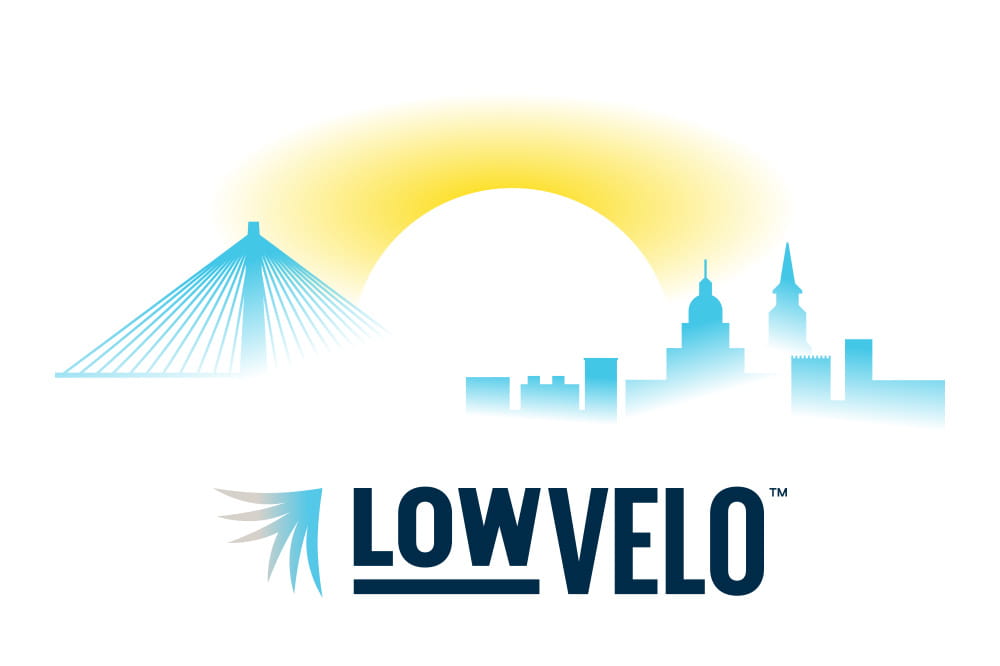 Lowvelo bike ride is a bold idea to pull the community together to raise funds for cancer research. 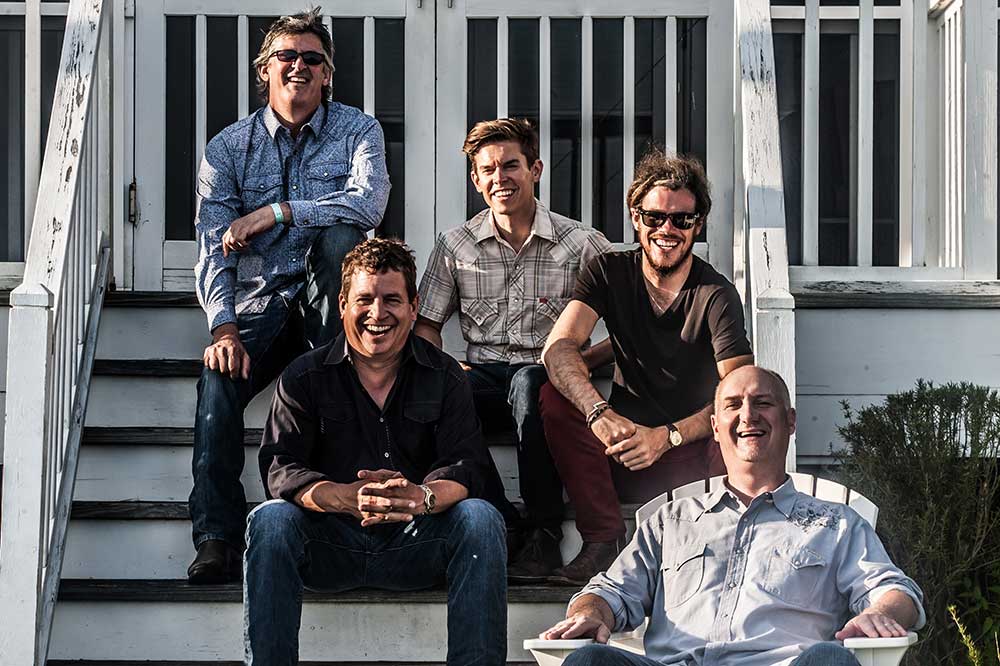 The Blue Dogs will headline the opening ceremony Nov. 1 at LOWVELO, an outdoor bike ride that raises money for cancer research at MUSC Hollings Cancer Center.