Steven Fee has gotten used to the drive from Hilton Head to Hollings Cancer Center. For him, it’s a small price to pay for the latest in melanoma treatment that includes an innovative therapy called T-VEC.

T-VEC, also known as talimogene laherparepvec, is a type of oncolytic virus therapy. It is made with a form of the cold-sore (herpes) virus that has been changed in the laboratory to infect and break down cancer cells without harming normal cells. It is injected directly into tumors in the skin and lymph nodes.

It’s a type of treatment Fee learned about after being referred to surgical oncologist Andrea Abbott, M.D., at Hollings Cancer Center. He was relieved to hear her plan didn’t involve another surgery. He already had had three at other centers to treat melanoma tumors on his leg.

Fee recalls how he felt when he initially was diagnosed with melanoma in August 2017. He remembers being numb with shock. It wasn’t something that ran in his family. “It just seemed to come out of the blue. I thought, ‘Am I dreaming this?’”

It’s probably a similar thought that many other South Carolinians have each year. There will be an estimated 96,480 new cases of melanoma this year in the nation and an estimated 7,230 deaths, according to the American Cancer Society. The numbers don’t surprise Abbott, who specializes in melanoma treatment. The good news is that there are more therapies for patients.

For Fee, Abbott proposed he try T-VEC. He was thrilled to have the option.

“We were very impressed with Dr. Abbott. She didn’t talk about surgery. Having been through three, we thought that was enough. She thought that another surgery would be chasing after the illness rather than cutting it off,” he says. “Right away, we felt a lot of confidence in Dr. Abbott – that this is someone who knows what she’s talking about and is taking a creative approach.”

There’s a reason Abbott knows so much about T-VEC. She began using the drug while in training as a surgical oncology fellow and watched it move through the research phases to be approved by the Federal Drug Administration for patients with stage IIIB to advanced stage IV metastatic melanoma in 2015. That’s the same year Abbott came to Hollings Cancer Center and began offering the treatment.

“At this point in time, I'm the only provider who offers T-VEC here at MUSC and, to my knowledge, I’m the only provider in the state. I have patients who are traveling five plus hours to come here for this treatment,” she says. “I have seen dramatic results for patients with melanoma with T-VEC treatment. To have this in my toolkit, to be able to offer it to patients, when surgery is not going to solve the disease, is very exciting to me.”

An April 2019 study published in the Journal of the American College of Surgeons evaluated outcomes at three centers using T-VEC for advanced melanoma in patients treated between 2015 and 2018. Researchers found that 39% of patients achieved a complete local response and 18% achieved a partial response to therapy, with follow-up times ranging from three months to 28 months.

Abbott says it’s an impressive rate, and patients need to know responses vary. “Several of my patients have had a complete response within one year of treatment, meaning that we inject those spots, and they go away completely. The spots may go away and then come back later, and we're able to treat them again.”

Researchers are exploring how to combine T-VEC with immunotherapy to get even better outcomes, she says.

“Once that melanoma has progressed and your lymph nodes are involved or you're seeing multiple spots on your skin, that's time to get other doctors involved to consider if you should be getting immunotherapy in combination therapy with T-VEC or T-VEC alone,” she says.

“That's why I advise patients with advanced melanoma to be seen in a multidisciplinary setting where they can have access to surgical oncologists, dermatologists, medical oncologists and radiation oncologists, so that the team can monitor the response rate and make sure that you're on the right treatment.”

When first diagnosed with melanoma, it’s appropriate for patients to have surgery. The best-case scenario is that the disease can be removed entirely at the time of surgery, she says. “Unfortunately, some patients have melanoma that comes back quickly after surgery, has already spread to the lymph nodes or maybe new sites develop while waiting to get surgery. And for those patients, we may need to rethink the approach and see if doing T-VEC first or T-VEC with immunotherapy might be better, and then consider surgery after.”

Because Fee is very active, he wanted a treatment plan that would enable him to continue to remain that way, she says. “I'm happy to say that we were able to get a complete response, which he kept for over a year and a half.”

Fee, who now is receiving combination therapy involving T-VEC and immunotherapy, says it’s important to him that the treatment approach Abbott has taken has enabled him to pursue his love of the outdoors. He still enjoys kayaking, swimming and biking. “From the beginning I felt like ‘let’s not let this disease take over our life,’ and this treatment has enabled me to do that.”

He hopes his story will help others look for innovative treatments and to take skin screenings seriously.

“Be aware that skin cancer is a real risk for all of us. Be smart about sun exposure and take time to protect your skin.”

As the temperatures heat up, check out these tips from Dr. Abbott about how to stay safe in the sun. 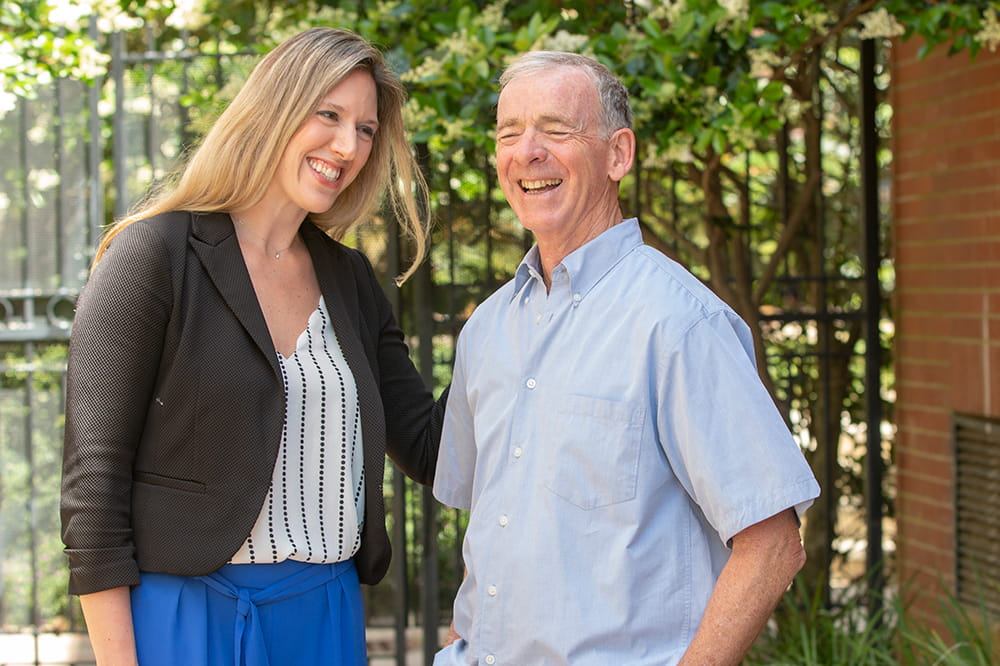 T-VEC, also known as talimogene laherparepvec, is a type of oncolytic virus therapy. 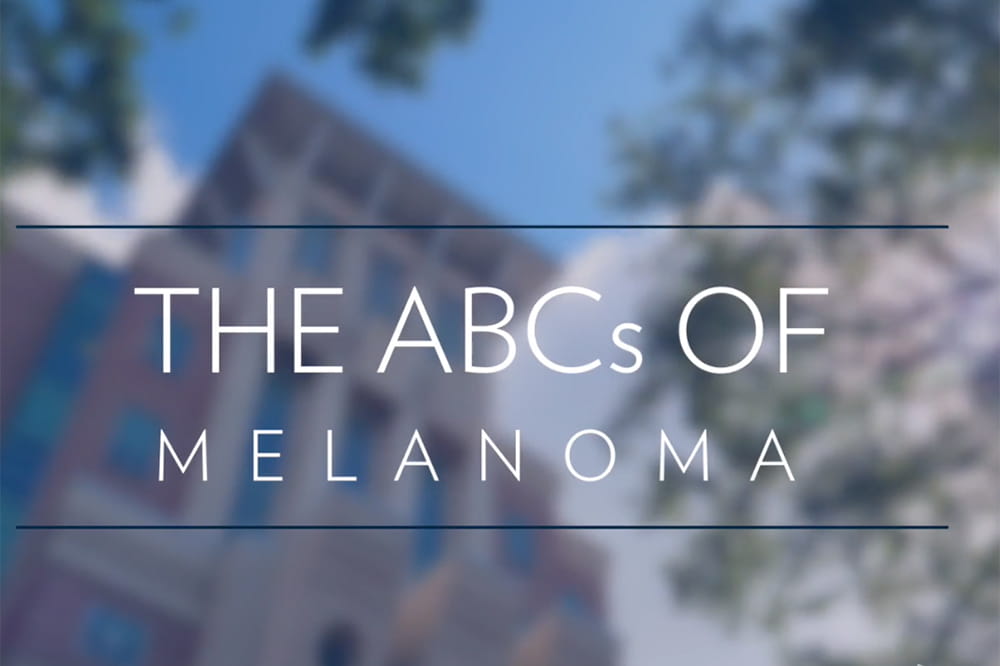 Dr. Andrea Abbott explains how to identify the warning signs of melanoma by using the ABCDE method.